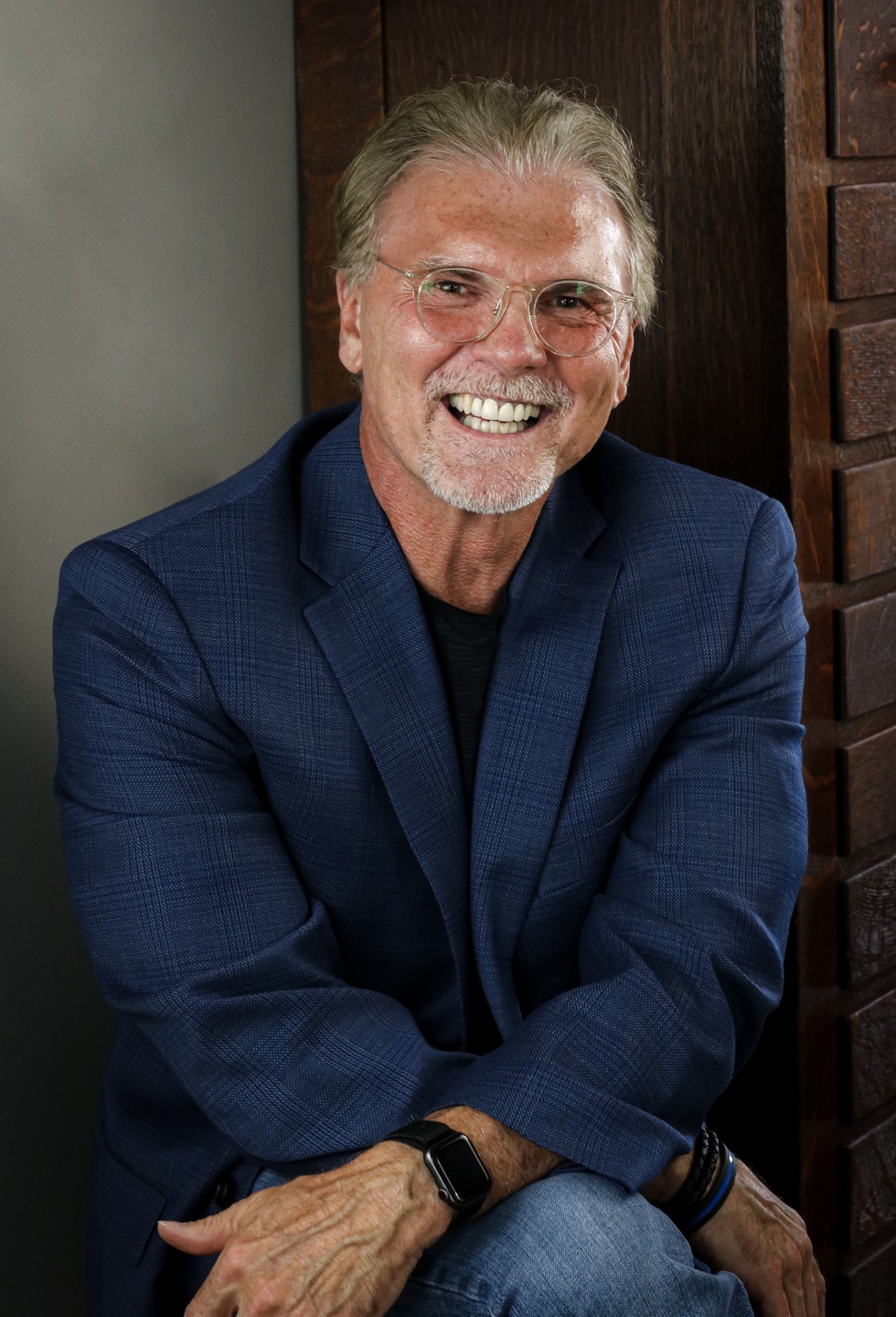 Dean is a 38-year veteran of law enforcement including 21 years in command leadership positions and 17 years as a chief of police. He has received a number of awards for innovative leadership in law enforcement at all levels as well as the prestigious Jefferson Award.  He is a graduate of the FBI-NA #172 graduate as well as a FBI-LEEDS and U.S. Secret Service DPS. Dean also had the honor of training with the Israeli National Defense.

Dean is a true self-starter having attended night school while working full-time as a law enforcement officer still on shift duty eventually earning three advanced degrees: associate of arts degree in criminal justice; bachelor of science in criminal justice; and a master’s of public affairs from Western Carolina University. After his retirement in 2009, Dean became an Instructor and an eventual National Training Director for FBI-Law Enforcement Executive Development Association (LEEDA) with whom he is still an active instructor. Dean was instrumental in creating the Trilogy program that is taught by FBI-LEEDA.

He is the primary content creator at LHLN including development of our live classes: Intentional Leadership, Master Leadership, and our up-coming Servant Officer class. Dean also developed his first eCourse last summer known as The Accelerated Leader. He is known as a dynamic, enthusiastic, inspirational speaker that conveys real information that is immediately actionable. 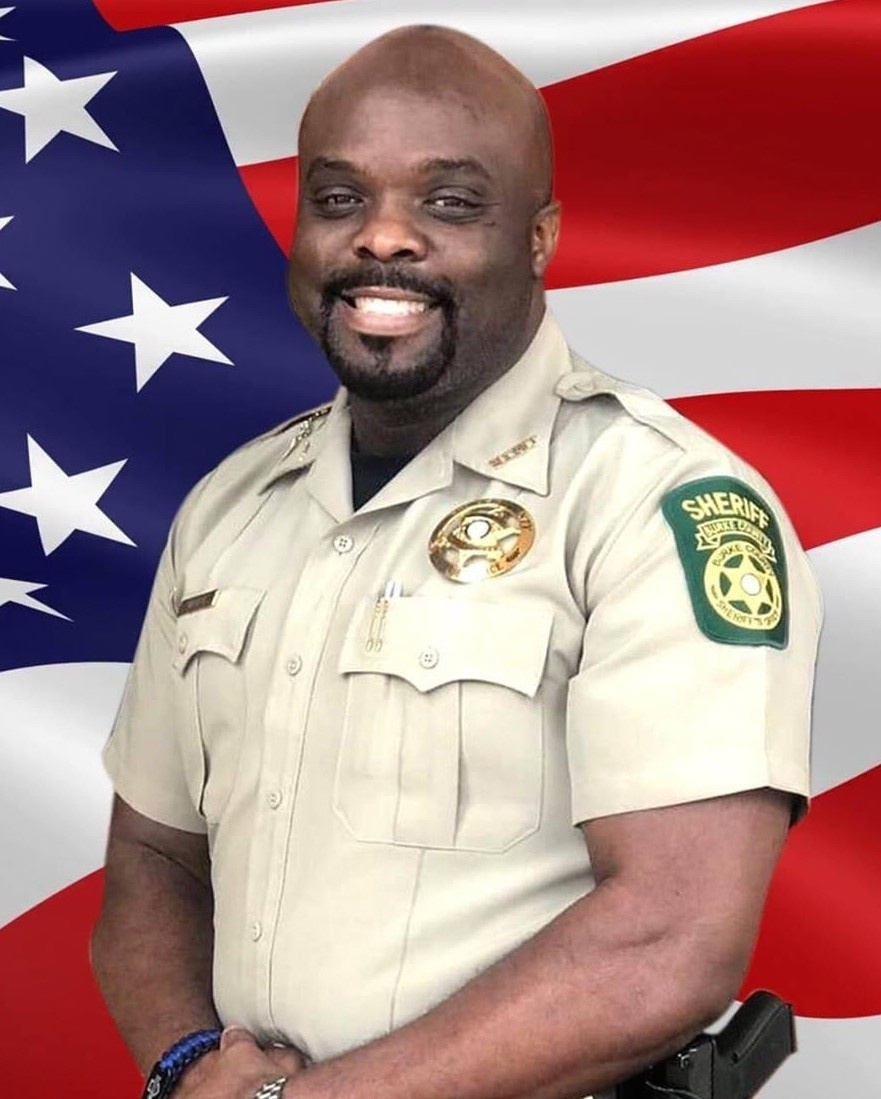 Alfonzo is the first African-American Sheriff of Burke County and was the first African American Police Chief of the City of Waynesboro Police Department. He has 32 years of law enforcement experience working for: Columbia County Sheriff’s Office, District Attorney’s Office, Augusta Technical College, Richmond County Schools and the State Police Academy. Over the course of his career, he has received six "Police Officer of the Year" awards from various civic organizations and law enforcement agencies.

Alfonzo has an Associate of Applied Technology Degree in Criminal Justice from Augusta Technical College (2001), a Bachelor of Science Degree in Organizational Management from Voorhees College (2005), a Master of Education Degree (Instructional Technology) from American InterContinental University (2006), and a Master’s Degree (Master of Justice Administration) from Faulkner University (2019). He has also taught full and part-time with Augusta Technical College as a criminal justice instructor.

Alfonzo is married to his wife, Shirleta, and together they have one daughter, Chandler. Alfonzo's oldest daughter is Kiara. 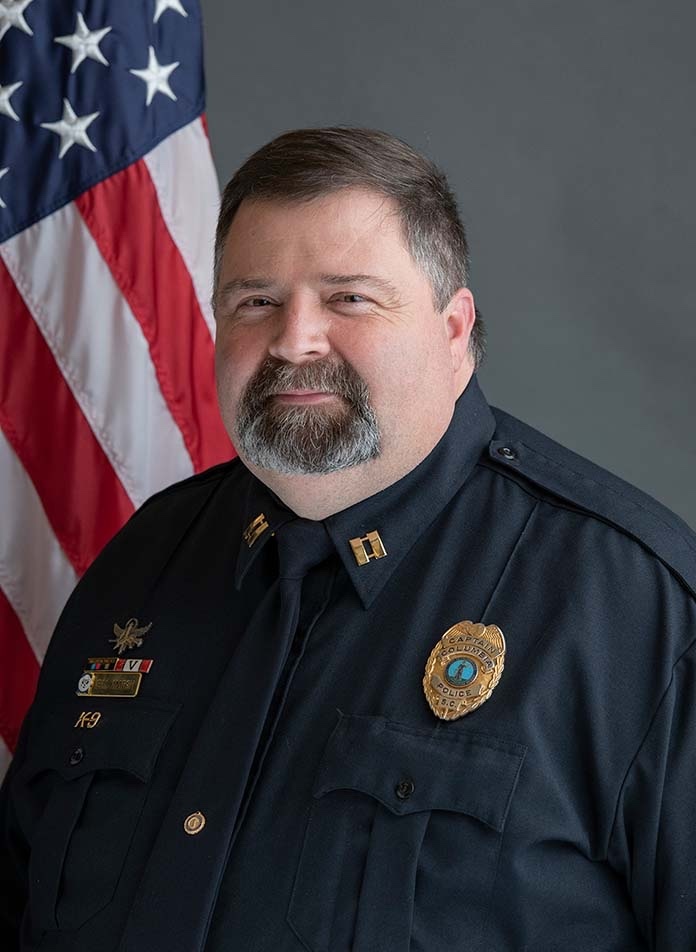 Captain Marsh achieved the rank of Lieutenant in 2010 where he served as the Executive Officer in the North Region as well as the city wide Watch Commander. In January 2011, he was tasked with officially opening the East Region where he served as the Acting Captain until July of 2011 when he was appointed to rank of Captain and assigned to the Metro Region as the Metro Region Commander until the end of 2015.

Captain Marsh is currently assigned to Special Operations as the Division Commander. He was selected to become a member of the Columbia Police Department’s SWAT Team in 2001 as a SWAT Team Operator. And in 2007, he was appointed to the SWAT Team Leader position. In 2010, the Chief of Police appointed Captain Marsh to SWAT Team Commander. In 2015, the Columbia Police Department centralized their critical response teams (SWAT, Negotiations, Mobile Field Force, and Bomb Unit) into an Emergency Response Unit (ESU). Captain Marsh is currently the Commander of ESU. 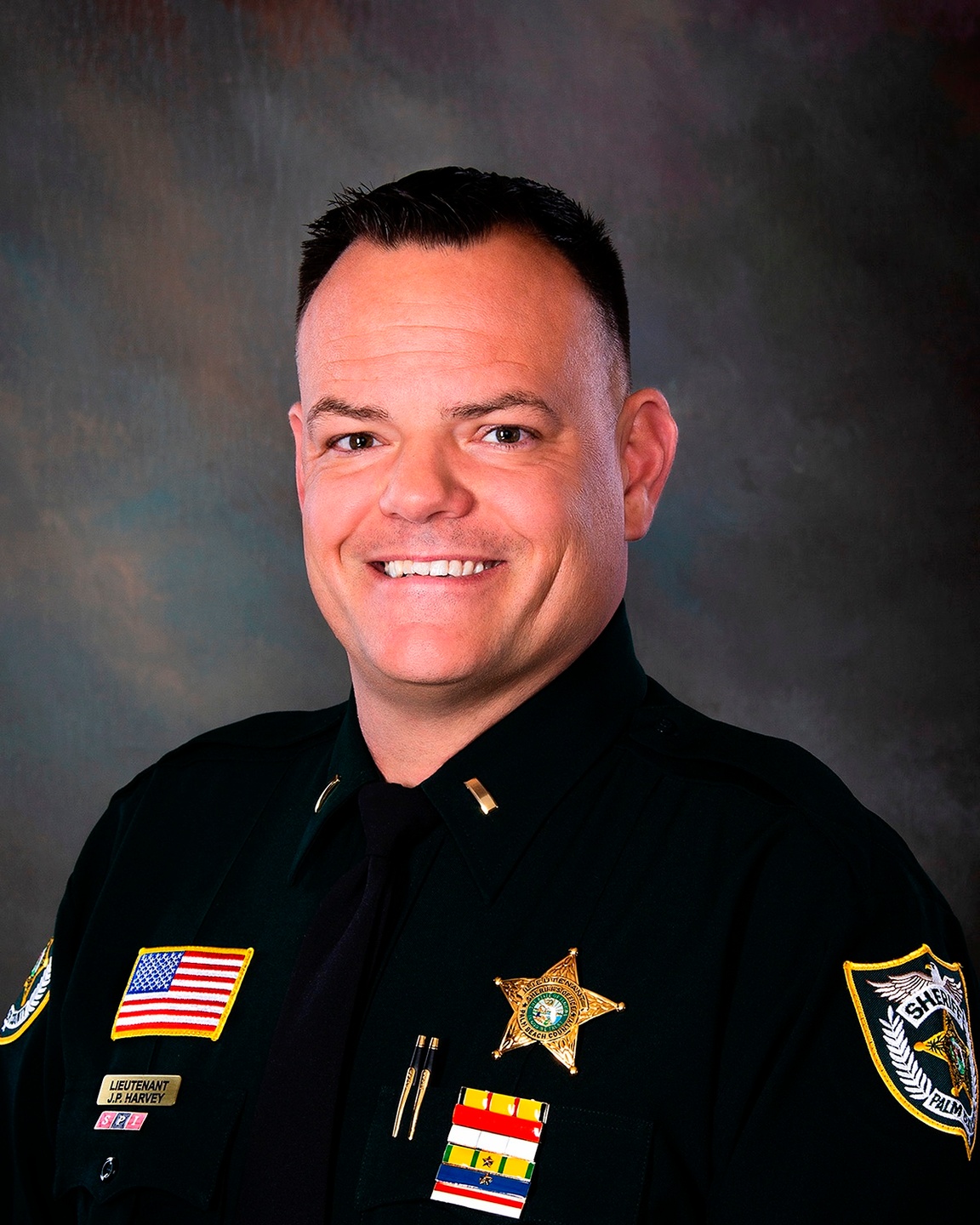 Lieutenant J.P. Harvey began his law enforcement career in the Town of Palm Beach in 2004 before joining the Palm Beach County Sheriff’s Office in 2006. During his law enforcement career, he has served in a variety of positions to include Road Patrol, Community Policing, SWAT, and Motors. As a supervisor, he has been a Patrol Sergeant, a Special Investigations Detective Sergeant, an Honor Guard squad leader, a Watch Commander, and the Executive Officer for the City of Greenacres.

Currently, J.P. serves as the Commander of the Palm Beach County Sheriff’s Office Canine Unit, where he is responsible for 55 active canine teams trained in a variety of patrol and/or detection work.

In addition to being an instructor at the Police Academy at Palm Beach State College for over a decade, J.P. holds numerous high liability police instructor certificates. He has also attended numerous management and leadership classes, including the FBI LEEDA Leadership Trilogy, and he is a graduate of the 132nd Administrative Officers Course at Southern Police Institute. He holds a Master of Public Administration degree from Barry University and a Master of Science in Criminal Justice from the University of Louisville.

J.P. is a veteran of the United States Army, where he served as an Infantryman both domestically and overseas. He and his family live in Palm Beach Gardens, Florida and are active within the community. 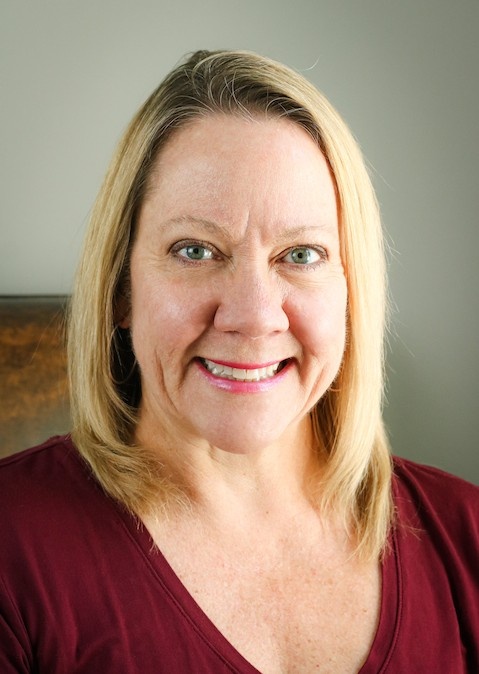 Kelle brings more than 25 years of executive level and management consulting experience to LHLN. She has served as an Assistant City Manager for three jurisdictions where her responsibilities included budget and finance management, special projects, economic and community development and human resource management. Kelle was instrumental in receiving the GFOA Budget and Financial Reporting Awards for the cities of Maplewood, Missouri, and Mauldin, South Carolina. She was named one of Greenville, South Carolina’s Best and Brightest Under 35 and has been given numerous other awards for her professional and volunteer work.

Kelle is a graduate of Leadership Missouri, Opportunity Greenville, Leadership Greer, Leadership Golden Strip as well as a graduate of the South Carolina School of Economic Developers through the College of Charleston. She is also certified in EQi, DISC and Motivators individual assessments.

In addition to running the day-to-day operations and business development for LHLN, Kelle enjoys assisting with content creation. She is also a frequent guest on Dean’s podcast. 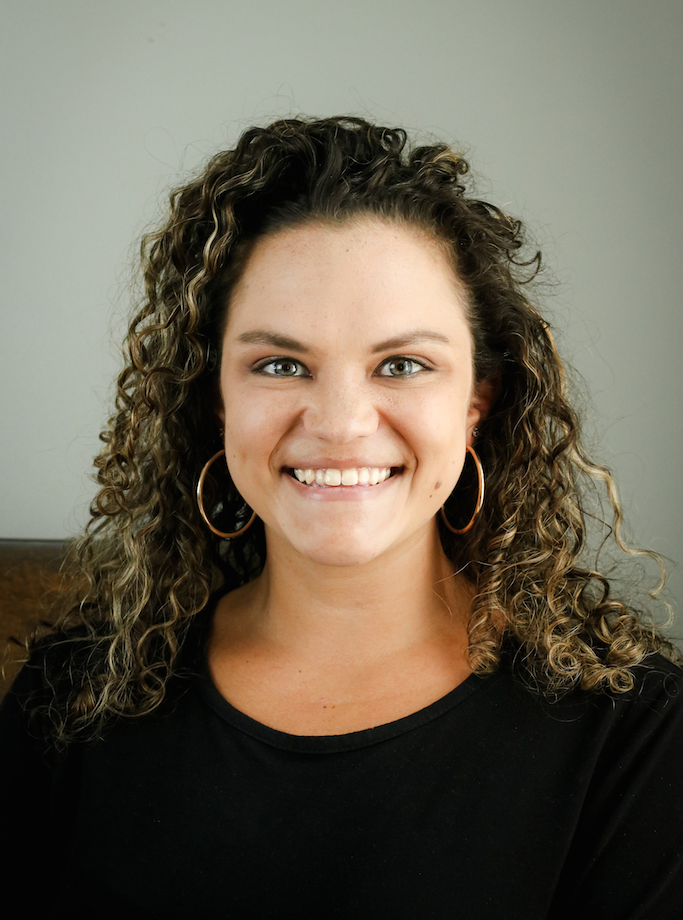 Mekenzie has had her own photography business "Mekenzie Craig Photography" since 2014 and has done some graphic design freelancing work since then, as well.

Mekenzie recently married her husband, Jesse, in June of 2020 and they live right outside of Asheville, NC. She enjoys hiking, calligraphy, and spending time with family in her free time.

You will see Mekenzie's creativity and graphic design talent on not only our website, but also on our many flyers, business cards, brochures, and various other marketing items for LHLN. She also uses her photography skills in taking photos for the company as needed. 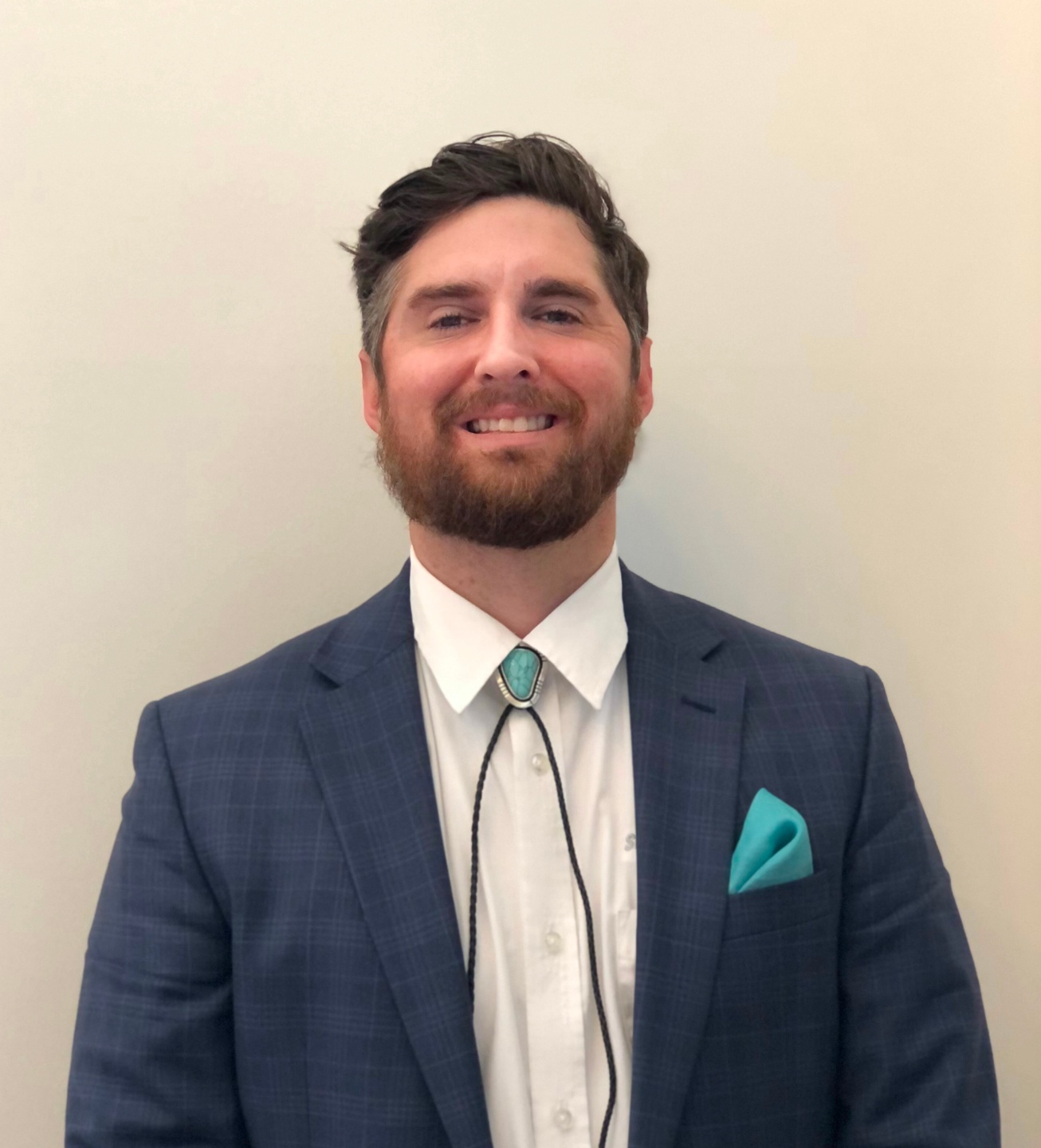 Drew is a graduate of the University of South Carolina with a Bachelor's Degree in Criminal Justice where he played D1 Baseball for the Gamecocks. He started as a freshman receiving All SEC freshman and All American freshman awards. He also played one summer for the Chatham A's of the Cape Cod baseball league where he finished with a .280 batting average and was selected in the 36th round of the MLB Draft by the Pittsburgh Pirates. A medical injury unfortunately prevented him from pursuing a professional baseball career, but he is still an avid baseball + sports fan.

After college, Drew followed his grandfather, father, and twin brother into law enforcement serving as a deputy for the Spartanburg Sheriff's office for 5 years. He then turned to a career in private security working first as a manager for Allied Universal and now as the owner of his own private security company, Signal 88 Security.

Drew is married to his college sweetheart, Morgan, and they live in Lyman, SC, with their set of twins, Miller and Beckham, and two dogs, Bailey and Bennett.

You will hear Drew on the podcast from time to time as a promoter, announcer, and guest talking all about leadership within the private sector. 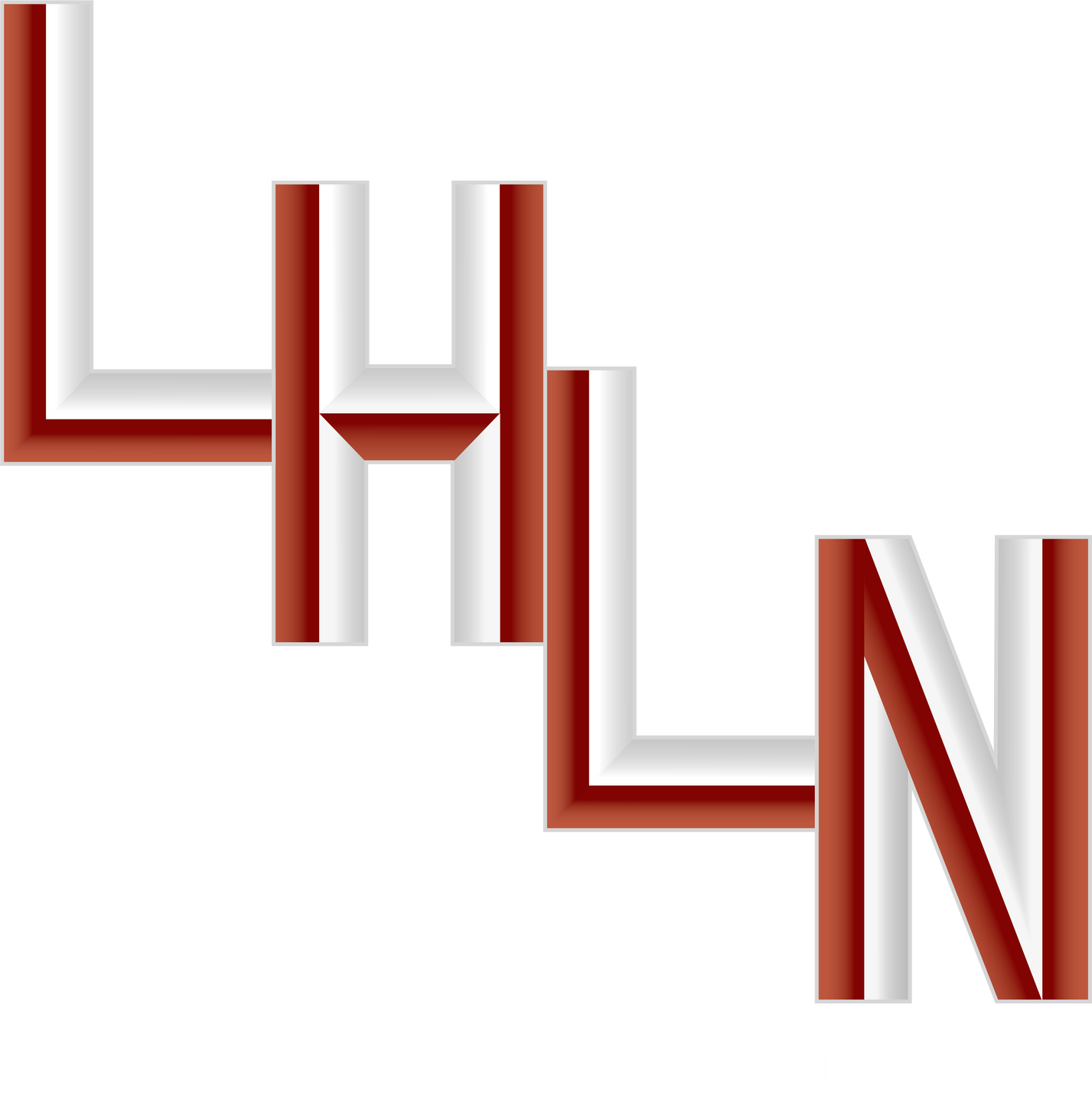